Organisations have now begun to realise the importance of correct recruitment and deployment of people.

Various different measures and tools have been developed by the HR community to make the selection process as robust as possible. These include:

Each of these has their own sets of pros and cons and we won’t get into those on this platform. However, we will try to understand the relevance of psychometric assessments in today’s corporate world.

Everyone recognises that recruitment is a resource exhausting, expensive, and time consuming exercise. Yet, one cannot run away from it. While every company has its own approach toward recruitment, the fact remains that recruitment decisions often tend to be subjective and arbitrary. Using a valid and reliable psychometric tests that is relevant to the hiring need that you have, can instantly elevate the soundness of your recruitment decision making. Making the right recruitment decision is cost effective in countless ways: it significantly reduces attrition, enables you to recruit people with the right skill sets, thereby also reducing training costs, it cuts down on the time involved in arriving at a decision, and makes the process objective and scientific.

What are Psychometric Tests?

Psychometrics refers to the science of measuring mental capacities and processes. Traditionally psychometric test is a paper pencil test where you given a set of statement or questions or situation to which you have to respond. On the basis you get an output which is usually in the form of a report, which tells you where you stand across those particular traits, qualities, skills, or attitudes that the test claims to measure. This is the traditional version. Today more and more have gone online. So you can simply log on to a certain site, take the test online, you get your report in your email box usually within a period of 24 to 48 hours.

While the Western corporate world has long been investing heavily in psychometric assessments as one of the parameters to aid in the right job-person match, psychometrics have been slow to gather momentum in India’s corporate milieu. Key reasons for this have been: 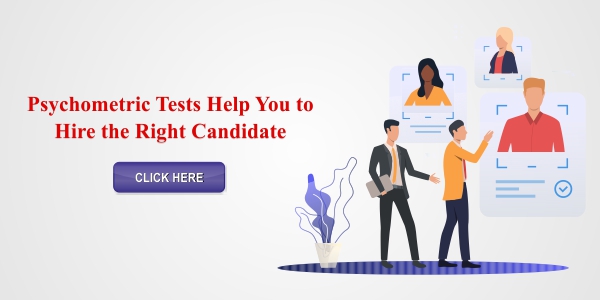 Psychometrica has an experienced and trained team of psychologists who have developed the range of psychometric assessments.

← 5 parameters a candidate should pass through while being evaluated on a Psychometric test What’s Your Integrity? →